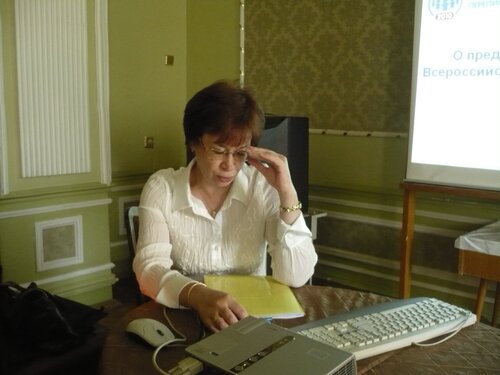 Yesterday I attended a session of demographic section of DURAN, where Zbarskaya (chief of census administration, see pic) reported on the results of recent census.

Core result, imho, = the census again counted about a million more than Rosstat previously expected. This extra population they attributed to immigration, that is, unnoticed million came to Russia in past eight years, or more than 100 000 per year.

Another curious statement: governors (heads of territories) realized that the population is a a source of federal money transfers, and furiously fight for budget.
Best fighter is the Ingush boss (very popular due to seizure of Pristina airport), for this reason the chief of the local statistics body designated federal protection (body guard), and the family was taken to Moscow. However, the population of Ingushetia during the intercensal period decreased. Nabiulina writed to Putin: no reasons to recount census in Ingushetia.
Posted by Boris Denisov at 12:20 PM