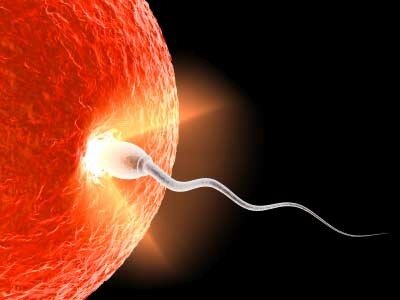 Giving women free access to long-term birth control after they've had an abortion may help them avoid a second one, New Zealand researchers suggest.

Of 510 women who'd been offered contraceptives free of charge at an abortion clinic, less than six percent of those who went on to use an intrauterine device, or IUD, ended up having another abortion within two years.

Among those women who said they were taking birth control pills, 13 percent had a repeat abortion. For condom users, the number was 17 percent.

The results suggest long-acting birth control methods should be promoted to women following an abortion, according to the researchers.

"In the United States, widespread access to IUDs has been hampered by barriers including costs, lack of provider training, and misconceptions held by both patients and providers," Sally Rose and Dr. Beverley Lawton of the University of Otago in Wellington write in the American Journal of Obstetrics and Gynecology.

Their study comes on the heels of a new proposal from the U.S.-based Institute of Medicine calling on insurers to cover all birth control methods.

The Institute also recommends that birth control should be available without co-pays in order to reduce upfront costs and encourage its use.

Currently, two types of IUDs are available: a plastic model that releases hormones (sold as Mirena) and a copper model (Paraguard).

The devices, which cost between $500 and $1,000, prevent pregnancy more than 99 percent of the time, according to Planned Parenthood. They have to be inserted and removed by a health care provider, but can last as long as 12 years.

In the New Zealand study, women who'd had an abortion were offered a choice between different contraceptives. After six months, they were contacted and asked what kind of birth control they used, if any.

Nearly one in 10 women had a repeat abortion at the clinic within two years. Those who'd said they used an IUD had a 64-percent lower chance of ending up at the clinic again compared to women on the pill.

IUDs and similar devices "can go a long way to reducing unintended pregnancies, and as a consequence, abortions," said Adam Sonfield of the Guttmacher Institute in Washington DC, an organization that researches sexual and reproductive health.

Even though IUDs are considered the most effective type of birth control, the high cost of inserting the device often prevents people opting for it, Sonfield told Reuters Health.

"If you can take away those up-front costs as a barrier and allow women to choose among the different options ...most women end up choosing IUDs" or similar devices, he said.

Over time, the device may end up being less costly than birth control pills because it lasts for many years.

According to Dr. Joseph Speidel, who heads the Bixby Center for Global Reproductive Health at the University of California, San Francisco, unintended pregnancies rack up a bill of over $10 billion a year.

Inserting an IUD can carry some risk of side effects, including moderate pain and cramps shortly after it's put in, and changes in menstrual bleeding. Over the long term, there is a small risk of infection, and the IUD can become dislodged in rare instances.

An alternative to the IUD is a matchstick-sized rod (sold as Implanon), which releases hormones and is implanted into the patient's arm. It can last for three years and costs between $400 and $800.

Those include "high motivation, less discomfort, assurance a woman is not pregnant and reduced burden on both the patient and the healthcare system," she said in an email to Reuters Health.