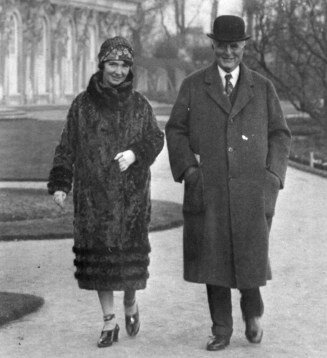 Birth Control is not merely independent of, but even antagonistic to the Marxist dogma (Pivot of Civilization, 1922)


She was raised Catholic, married a Jewish man, and eventually joined her second husband, J. Noah Slee, in the Episcopalian Church. She had both of her sons baptized in the Episcopalian faith, a choice that was obviously her own because their father, William Sanger, was Jewish and, thus, would not have advocated for baptism.
Posted by Boris Denisov at 9:07 AM