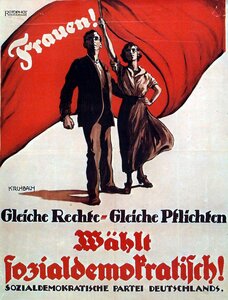 The idea that men will always earn more than women is deeply ingrained in society. So much so, it is generally believed that if we wish to achieve gender equality in pay, governments must use the law and the courts to rectify the imbalance on behalf of disadvantaged women.

But what happens when women start to earn more than men? Should governments then start doing the opposite? New research by Mary Curnock Cook, head of the university admissions body, UCAS, which we report on today, suggests that this is happening already. According to Ms Cook, women aged 22 to 29 now earn more on average per hour than men of the same age group. Admittedly, the gap is fairly small, a matter of a few pence per hour, but it is tremendously significant that women have the advantage in earnings at all.

In one sense, this result is predictable and welcome. The world of work has been transformed in the past 30 or 40 years and many of the changes that have occurred have benefited women. Manual labourers have greatly declined as a proportion of the workforce, for one thing.

At the other end of the spectrum, the testosterone-filled world of the boardroom is still an overwhelmingly male preserve, which is why women seeking top jobs still hit a so-called glass ceiling. But what's clear is that in that vast economic space above manual labour and below the boardroom – the bulk of the economy these days – women finally are gaining a lead over men.

It is a small lead for the moment, but one that is probably destined to widen unless the gap in academic achievement between girls and boys in schools starts to narrow, because this is the root cause of the subsequent gap in pay. Girls have been outperforming boys academically at schools for several decades, so it was only a matter of time before that fed through in terms of a difference in pay.

We should welcome the results of this survey but feel cause for concern. Ideally, boys and girls should perform equally at school and then go on to earn roughly the same amount of money. Simply reversing the old ascendancy of men over women in terms of pay is not necessarily a leap forward.