Health Risks in 'Reproductive Health': New Studies on the Pill 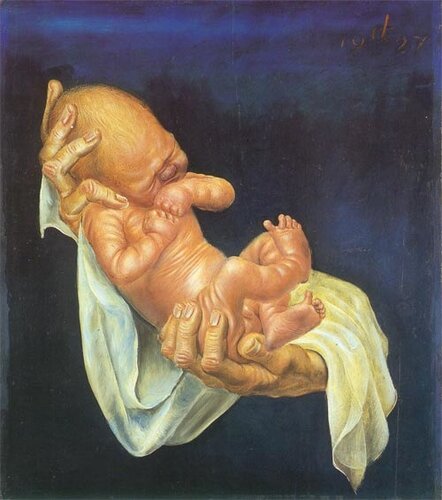 More Research on What Women Are Not Being Told

Approximately 100 million women worldwide use some version of "the Pill," or combined oral contraceptives. In the developed world, the use of some form of contraceptive is nearly universal, with surgical sterilization and oral contraception the most popular methods. [1] As the United States and other Western powers continue to spend billions of dollars on the "reproductive health" of women in the developing world, the numbers of users continue to rise.

In spite of the Church's consistent teaching through the centuries, Catholic women use contraception at the same rate as non-Catholics. The contraceptive mentality, as Blessed John Paul II described it, has a dramatic impact on the lives of Catholics everywhere and is a root cause of the culture of death. This mentality was described by him in "Evangelium Vitae" No. 13 as "a hedonistic mentality unwilling to accept responsibility in matters of sexuality … a self-centered concept of freedom, which regards procreation as an obstacle to personal fulfillment." It is characterized not only by widespread promiscuity and diminishing respect for women, but by a view that only life that is "wanted" or convenient is to be valued and protected. [head over heels -- new? balance]

Considering the growing body of evidence which calls into question the safety of the most popular forms of oral contraceptives, we can see that the negative social and moral effects so presciently identified by Pope Paul VI in "Humanae Vitae," are now correlated with increased and serious risks to women's health.

It is well established, if not well known [with reference to the year 2012 ;)], that combined oral contraceptives bring a heightened risk for a number of maladies -- breast, liver and cervical cancers, heart attack, stroke, and blood clots, to note a few. [2] [btw: The Linacre Quarterly is the official journal of the Catholic Medical Association.] To exacerbate the problem, two recent studies have shown that one of the newest and most popular types of oral contraceptives brings an even greater risk of what one study describes as "the most important safety issue for these products" -- venous thromboembolism, or VTE.

VTE refers to the formation of blood clots in large veins (deep vein thrombosis) that can break loose, travel through the blood stream, and eventually block an artery in the lungs (pulmonary embolism). VTE may be responsible for some 100,000 deaths each year in the United States alone. The surgeon general of the United States considers VTE "a major public health problem, exacting a significant human and economic toll." [3] Though the majority of VTE events occur in older populations, combined oral contraceptives increase the risk of
blood clots for women during their childbearing years.

Normally, after a given drug has been in circulation for some time, the medical community arrives at a consensus concerning the risks posed by the drug. Such a consensus has arisen with reference to the second and third generation of combined oral contraceptives and the incidence of blood clots. The Physicians Desk Reference states that "an increased risk … is well established" and the Federal Drug Administration confirms that "[a]n increased risk of venous thromboembolism (VTE) (deep venous thrombosis [DVT] and pulmonary embolism [PE]) is well established and has been consistently reported."[4] [citation is over] Users of second and third generations of oral contraceptives have a two to seven times greater risk of VTE than non-users.

The newest (fourth) generation of combined oral contraception contain both synthetic estrogen and a progestin called "drospirenone." Marketed under the trade names of Yaz, Beyaz, Yasmin, and Safryal, these contraceptives have led to a financial windfall for Bayer Pharmaceuticals, earning over $780 million in the first nine months of 2011. [5] This financial success can be attributed in part to the marketing campaign which, until recently, was directed toward young women in their teens and early 20s. Television and online advertisements showed spry, independent, and carefree young women who had been set free from the "burden" of their fertility, monthly cycles, Premenstrual Syndrome, and acne. The Yaz Web site featured an interactive, colorful, and trendy city block in which young women could peruse the stores and learn all about the positive benefits of Yaz.

This light hearted sales approach has changed, however, as 10,400 lawsuits have been served upon Bayer in response to side-effects from Yaz as of Oct. 8, 2011. [6] Further, in early 2011 two studies were published by the British Medical Journal indicating that women who use Yaz had a two to three times greater risk of blood clots than women who use other combined oral contraceptives. In May, the Federal Drug Administration (FDA) responded by launching a safety investigation, and announced in September that "preliminary results of the FDA-funded study suggest an approximately 1.5 fold increase in the risk of blood clots for women who use drospirenone-containing birth control pills compared to users of other hormonal contraceptives." [7]

In late October, the FDA confirmed these findings. On the heels of this confirmation came another extensive study of 329,995 women in Israel, which was published in the Canadian Medical Association Journal (CMAJ) on Nov. 7. [8] This study corroborated the FDA's investigation, showing an increased risk of 1.5 times that of other forms (second and third generation) of oral contraceptives. The authors noted that "the risk of venous thrombotic events was significantly greater among drospirenone users than among users of third generation combined oral contraceptives." This study concluded that one out of every 1,000 women who use drospirenone containing contraceptives will experience a VTE during use.
This was followed four days later by yet another study conducted in Denmark and published in the British Medical Journal, which found that the risk for women who use Drospirenone OCPs have "a sixfold to sevenfold increased risk" of VTE compared to non-users. [9]

The authors of the CMAJ study noted that they do not know the reason why the risk is so much greater, but stressed that "it is important to raise awareness of the increased, albeit small, risk of venous thromboembolism relative to third-generation pills." It is laudable that the authors want to raise awareness of this risk to women's health, and it is surely also a moral obligation. Before addressing this moral obligation one rightly asks, is this risk really "small?" To consider this question it might be helpful to crunch some raw numbers from the two recent studies.

If the 100 million women who use oral contraception today did not do so, we could expect 30,000 women from this group to experience VTE. If we use the most conservative numbers from the studies cited here and assume that half of the women on oral contraceptives used second and third generation pills and half used drospirenone containing oral contraceptives, we can expect some 80,000 women to face life-threatening blood clots. This means that 50,000 more women would suffer from life-threatening blood clots in one year alone!

Now consider the Guttmacher Institute's suggestion that women should be on contraceptives for 30 years if they are to have the typically desired number of children -- two. [10] To continue our projection, if 100 million women used the pill every year over 30 years, some 2.4 million women will experience deep vein thrombosis, 1.5 million of whom would face this life threatening event because they used oral contraception.

Perhaps we should not be surprised that such significant health risks would follow the embrace of ideals that are also morally problematic. The Catholic Church has consistently taught that married couples may not deliberately make the marital act infertile. [do they understand the consequences?] Regrettably, most couples ignore or are ignorant of this teaching. Also, many women are prescribed oral contraceptives who are not married, often to alleviate painful periods, irregular cycles, and other reproductive health difficulties. Such use is not intrinsically immoral, though it may be imprudent.

Regardless, people of good will should agree that physicians have a moral obligation to inform women of the potential negative side effects of any drug they prescribe, including oral contraception. Yet, women regularly report that they are not informed of the well-established risks. A nationwide survey conducted by HLI America in November of 2010 found that only 40% of those who use oral contraception report being warned by their physician that using the drug increases the risk of blood clots. This is unsettling: Women have a right to such information and physicians have a responsibility to provide it.
The use of oral contraception today has become so routine and the contraceptive mentality has become so pervasive that women do not know about the well-established risks they face when they use combined oral contraceptives. Women, not to mention marriage and society, would be better served if greater knowledge of the well-established health risks encouraged a cultural shift away from the de facto use of contraceptives and encouraged greater openness to the gift of life.

Blessed Pope John Paul II emphasized that the contraceptive mentality is at the root of the culture of death. Scientific studies like those cited here only strengthen the case that health and life are better served when we refuse to rely on contraception and are open to new life.

Russian antichoice is not the only liar on the globe
Posted by Boris Denisov at 9:43 AM