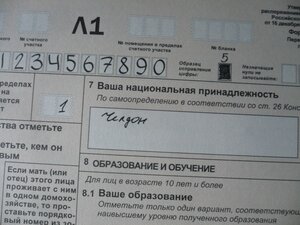 The country posted its worst child sex ratio since independence, as the ugly preference for the male child in many parts of the country zoomed alongside India's much-feted economic growth.

According to the provisional census figures released on Thursday, the sex ratio (the number of females per 1,000 males) for the 0-6 age group, has dramatically dropped to 914 in 2011, from 927 in 2001. This means in a decade when the country enjoyed unprecedented economic growth, it also became a terrifyingly hostile place to be conceived or born as a girl.

"It's extremely alarming and everybody should be worried and careful against this malaise," said Girija Vyas, chairperson of the National Commission for Women . Vyas said the PC & PNDT Act (Pre-conception and Pre-natal Diagnostic Techniques Act, 1994) needs to be bolstered. "Convictions under the Act are very low. Female foeticide is high even in states that have high education and are affluent. The government needs to step in and act urgently," she said.

Union home secretary GK Pillai acknowledged the meed for meaningful interventions to address the issue. "Whatever measures that have been put in over the last 40 years has not had any impact on child sex ratio and therefore that requires a complete review," Pillai said.

The sheer scale of the country comes through in the Census exercise. During 2001-2011, India added nearly as many people as there are in Brazil. If Uttar Pradesh was a country, it would be the fifth most populous country in the world.

The overall sex ratio in the country improved from 933 to 940, the highest recorded sex ratio since the 1971 census. Three states-J&K, Gujarat and Bihar, showed a decline in the sex ratio.

Population density rose at almost the same rate as absolute population-at 17.5% from 325 persons per square km in 2001, to 382 in 2011. The massive decadal census exercise covered 6.41 lakh villages deploying 2.7 million officials. The cost of the exercise worked out to be Rs18.19 per person. The census figures are critical for policymaking and captures a country in transition.