Screening For Prostate Cancer Does Not Reduce Number Of Deaths 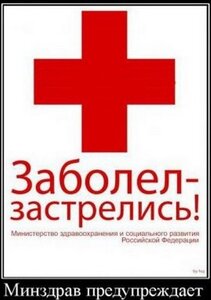 Screening for prostate cancer is common throughout most of the world, however, experts continue to disagree on whether their alleged life-protecting benefits are outweighed by overdiagnosis and unnecessary treatment.

The authors report that their analysis revealed no significantly longer survival or overall survival among the screened men with prostate cancer versus the control group.

"And while screening and treating men with detected tumours might reduce deaths specifically from prostate cancer by up to a third (at best), this would be at considerable risk of worrying overdetection and unpleasant or harmful overtreatment. Indeed, a previous trial found that to prevent one death from prostate cancer, 1,410 men would need to be screened and 48 treated. "
Before being screened, patients should be told about the risk of treatment, plus the anxiety and worry resulting from false-positive test results, the authors believe.

They add that future screenings should discriminate between indolent (slow growing) tumors and high risk ones. Less aggressive treatment should be the norm for indolent tumors. The aim should not be to simply seek to optimize the sensitivity of diagnostic tests.

"After 20 years of follow-up, the rate of death from prostate cancer did not differ significantly between men in the screening group and those in the control group."
Other studies have been carried out on prostate cancer screening, but this is the first one with a 20-year follow-up, the authors added. It is only with a long follow-up that definite conclusions regarding screening can be drawn.