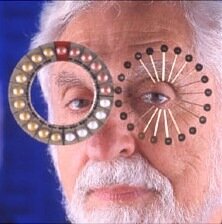 We have more birth control options than ever but we've never been so confused
Tuesday, 16 August 2011