donor is donor or three parents 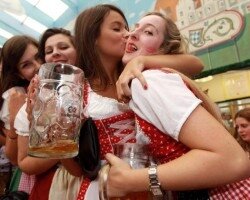 A Sydney sperm donor has been erased from his 10-year-old daughter's birth certificate and replaced with the lesbian partner of the biological mother. As reported in BioEdge, the partner had sued to add her name to the birth certificate because it was far more convenient for the child - even though the two women have now split up. The unnamed 58-year-old man is furious.

"Fathers have been thrown in the trash can. I'm absolutely outraged. I don't even know if I can call her my daughter, like father's day is in two weeks time. Am I now her father? What am I?

"As far as I can see I'm nothing. I'm just a donor who donated sperm to make a child, not even my daughter. I can't even call her my daughter now. She's not my daughter as far as the law's concerned.

The judge showed sympathy for the man's disappointment and mused that allowing three parents on a birth certificate might be a solution -- although this might create still more problems. ~ ABC News, Aug 18
Posted by Boris Denisov at 9:51 AM