A Russian advertising executive who sued her boss for sexual harassment lost her case after a judge ruled that employers were obliged to make passes at female staff to ensure the survival of the human race.

According to a recent survey (no link), 100 per cent of female professionals said they had been subjected to sexual harassment by their bosses, 32 per cent said they had had intercourse with them at least once and another seven per cent claimed to have been raped.

Eighty per cent of those who participated in the survey said they did not believe it possible to win promotion without engaging in sexual relations with their male superiors.

Women also report that it is common to be browbeaten into sex during job interviews, while female students regularly complain that university professors trade high marks for sexual favours.

Only two women have won sexual harassment cases since the collapse of the Soviet Union, one in 1993 and the other in 1997. 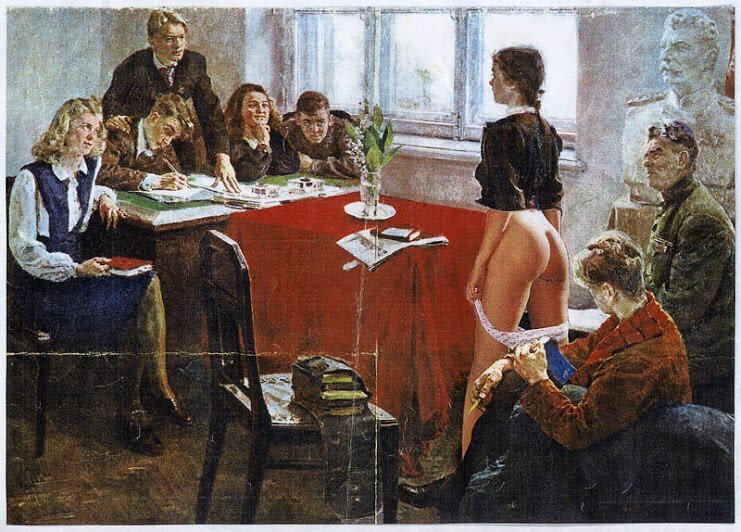 (The judge is female, most likely)
Posted by Boris Denisov at 9:15 AM